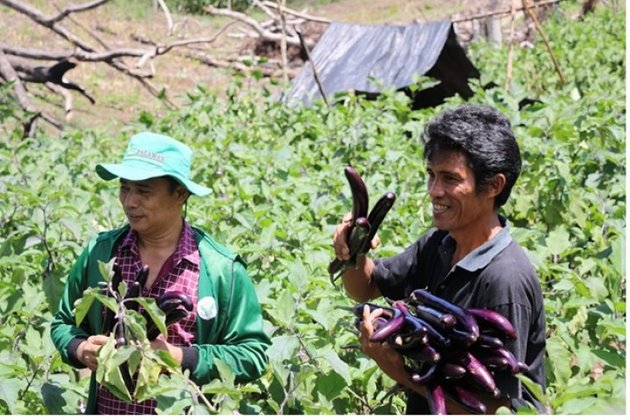 With an elevation of 1,761 feet above sea level, Kibulag sub-village has a potential agricultural area suitable for high-value crops development.

NICA 10 Regional Director Manuel M. Orduna requested from DA-Regional Field Office 10 to provide vegetable seeds for distribution in the communities that their agency engaged for their community-based dialogue.

As part of their mandate in the implementation of the provisions in Executive Order No. 70, instituting the whole-of-nation approach to end local communist armed conflict, their agency is involved in community-based engagements in far-flung barangays affected or vulnerable to the communist terrorist groups' influence.

Sultan Amoran even recalled that sitio Kibulag was once a hot spot.

"Usa ni ka lugar nga hotspot sa una tungod kay usa kini ka political boundary. Dili magkasinabot ang mga tawo. Pero karon malinawon ug kontrolado na. (This area was once a hotspot because this is a political boundary. People do not get along well. But now it's peaceful and in control," Amoran said.

NICA has identified the basic needs of the people, and among the requests of the local populace is the provision of vegetable seeds, so that they can plant in their backyard and in their small farms as a form of livelihood.

In a sloping area, Alfredo Amoran, one of the IP community farmer-members showed his one-fourth hectare farm planted with eggplants.

He recounted that he harvested nine times already and sold eggplants in major markets in Cagayan de Oro City.

Buyers also flocked to his farm. He shared that lately, around 120 kilograms of vegetables were sold at P18 per kilo.

"That's far better than having no income with the onset of the pandemic," he added.

Likewise, Joanie A. Buaya of the Canitoan Farmers Association, one of DA-10's Kadiwa suppliers, directly buys eggplants and other farm produce of said IP community and sells it in Kadiwa outlets in Cagayan de Oro City.

DA-10 OIC Regional Director Carlene C. Collado shared that the 'Kadiwa' project is part of DA's efforts in ensuring affordable and available food for all by directly linking suppliers to consumers, which he said, is also in time for the implementation of the community quarantine due to coronavirus disease 2019 (COVID-19).

Through these efforts, NICA's strategy yields a harmonized and strengthened partnership for agri-fishery development.