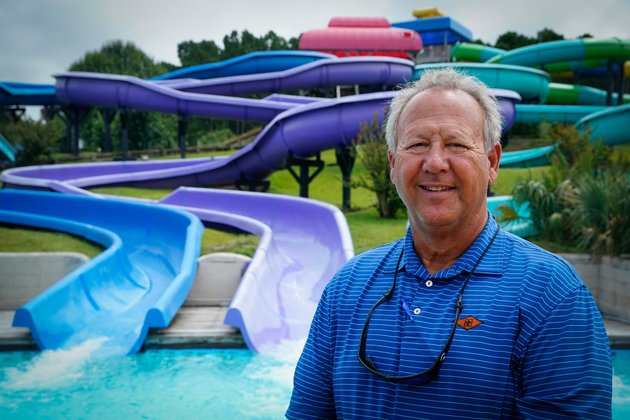 BOSTON, MASSACHUSETTS - At this time of the year, The Friendly Fisherman on Cape Cod is usually bustling with foreign students clearing tables and helping prepare orders of clam strips or fish and chips.

But because of a freeze on visas, Janet Demetri won't be employing the 20 or so workers this summer. So as the crowds rush back, Demetri must work with nine employees for her restaurant and market - forcing her to shutter the business twice a week.

"It's really disturbing because we are really busy," said Demetri. "We can't keep up once the doors are open."

The Trump administration announced last month that it was extending a ban on green cards and adding many temporary visas to the freeze, including J-1 cultural exchange visas and H-2B visas. Businesses from forestry to fisheries to hospitality depend on these visas, though there are exceptions for the food processing sector.

The move was billed as a chance to free up 525,000 jobs to Americans hard hit by the economic downturn, though the administration provided no evidence to support that. Supporters of immigration reform have hailed the move and insisted it should be easy to find Americans to bus tables and sell souvenirs at popular tourist destinations.

"The work that people on H-2B visas do or on J-1 summer work travel is not something that is alien to Americans," said Mark Krikorian, executive director of the Center for Immigration Studies, which advocates for restrictions. "Those jobs are already mostly done by Americans whether its landscaping, making beds or scooping ice cream. The employers are just going to have to up their game in recruitment because there are 20 million people who are unemployed whom they could be drawing from."

Hardest hit by the ban are beach communities and mountain getaways up and down the East Coast from parts of New Hampshire to Myrtle Beach, South Carolina.

Businesses said they want to hire Americans but are in regions with tiny labor pools that are no match for the millions of tourists visiting each summer. Companies also face the challenge of convincing unemployed workers, many who are still collecting federal benefits, to take a job in the hospitality industry amid a pandemic. Rising housing prices as well as a lack of child care amid the pandemic also pose hurdles.

Mark Carchidi, whose company Antioch Associates USA II Inc. processes paperwork for H-2B visas on the East Coast, said businesses he works with were counting on an additional 30,000 visas this year beyond the 66,000 already allowed under the program.

More than 108,000 J-1 summer work travel visas were issued last year, according to the State Department, but only 1,787 so far this year.

"Any seasonal resort area or seasonal business that you can think in whatever part of the country has really been hurt terribly hard by this," Carchidi said.

The ban has left seasonal businesses scrambling to fill openings just as economies are restarting. Many are forced to scale back hours and amenities or close completely.

Patrick Patrick, who has relied upon 10 to 15 J-1 visa holders to work at his army navy surplus store in Provincetown, Massachusetts, got none this year. He reduced the store's hours and isn't offering dressing rooms or customer services.

"If you are in hospitality, accommodations or restaurants and you truly have no staff, you can't fake it," said Patrick, who is also the local chamber of commerce president. "We are faking it. We're throwing merchandise on the floor and letting customers walk on it and hopefully, they buy it. You can't do that in a restaurant."

In Myrtle Beach, businesses only got a fraction of the 3,000 J-1 and H-2B visas they were expecting, according to Stephen Greene, president & CEO of the Myrtle Beach Area Hospitality Association.

Mark Lazarus, the president and owner of Lazarus Entertainment Group, employs 1,000 workers at his three theme parks. About 150 of those are usually J-1 visa holders but none came this year. As a result, he has cut his hours and reduced the number of cashiers.

Lazarus agrees with Trump's efforts to crackdown on illegal immigration but admits the J-1 ban "baffles me." There aren't enough students to fill seasonal jobs in Myrtle Beach, he said, and worries the ban will hurt the fragile economy.

The shortage, however, has been eased somewhat by the pandemic's continued impact on the tourism industry.

Another layer of uncertainty

In Myrtle Beach, bars, theaters and larger venues are still shuttered and visitor numbers are down. Maine, too, is not seeing widespread labor shortage, since business is a fraction of what the state sees in a normal summer.

Still, the visa ban adds another layer of uncertainty for businesses like the 145-bed Meadowmere, one of the largest hotels in Maine. It received only half of its requested H-2B visas and likely won't be getting seven or eight J-1 student visas.

Other businesses are soldiering on and adjusting to the new reality. In Hampton, New Hampshire, businesses have hired relatives and are working longer hours. Some were able to hire local students to replace the visa holders.

"I have a group of kids now that are 17-years-old replacing the J-1s who hopefully will be here for the next five years," said Tom McGuirk, who owns a hotel and restaurant and was able to replace seven J-1 visa workers with teenagers who worked in shuttered movie theaters and camps. "That is exactly what we have been missing from the market for the past few years."

At the Friendly Fisherman, Demetri hasn't been as fortunate. She advertised in newspapers and online for prep cooks, cashiers and counter help. Despite offering to pay $14 an hour for training and starting wages of $16 an hour plus tips, she had few takers beyond "14-year-old kids" who are limited by the hours they can work and jobs they can do.

"These students aren't taking any jobs away from locals, not a single one," Demetri said of the J-1 visa holders.