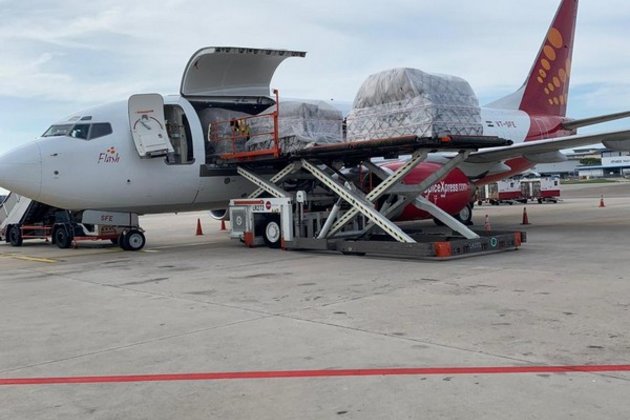 Asia Pacific airlines carried a combined total of 1.3 million international passengers in January, just 3.9 per cent of the same month last year when 33.5 million passengers flew on the region's carriers.

Offered seat capacity was 12.1 per cent of the January 2020 volume while the international passenger load factor averaged 27 per cent for the month, a significant 54 percentage point decline from the 81 per cent achieved in the corresponding month last year when traffic volumes were still relatively unaffected by Covid-19 pandemic.

Growth in e-commerce sector in the midst of further recovery in global manufacturing sector lent support to air cargo markets.

In January 2021, air cargo demand as measured in freight tonne kilometres recorded a marginal increase of 0.3 per cent, the first year-on-year growth in many months, partly boosted by higher demand for air shipments ahead of the Lunar New Year celebrations.

Offered freight capacity fell by 25 per cent year-on-year, reflecting the prevailing capacity crunch as a result of the decline in passenger bellyhold space. The international freight load factor averaged 71.6 per cent, an 18 percentage point increase compared to the same month last year.

"The uneven roll-out of vaccinations across the world will only delay the full reopening of borders. In this extremely challenging operating environment, airlines are struggling to survive," he said.

While some airlines are receiving financial support, further assistance will be needed for most airlines to stay afloat, given that international borders remain largely shuttered, said Menon.

Meanwhile, the industry is working with several stakeholders to prepare the ground for sustained resumption of air travel, notably on contactless digitalised tools and passenger facilitation protocols to ensure a safe and seamless journey for travellers.

"The Asia Pacific aviation industry is committed to playing its part in the Covid-19 pandemic through the carriage of time-sensitive cargo supplies especially vaccines and safe repatriation of residents," said Menon.