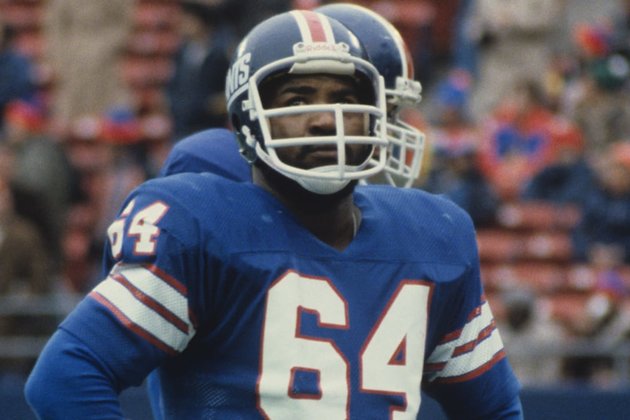 EAST RUTHERFORD, N.J. - John Mendenhall, a standout Giants defensive tackle for eight years in the 1970s, passed away on Friday after a lengthy illness in his hometown of Cullen, Louisiana, his family announced today. He was 72.

"I was very saddened to hear of his passing and called a lot of guys to let them know," said George Martin, who played his entire 14-year career with the Giants and was Mendenhall's teammate for five seasons. "He helped break me into the league. In very definitive terms, he had a profound impact on me and many others the way he played the game."

A 6-1, 255-pounder, Mendenhall joined the Giants in 1972 as a third-round draft choice out of Grambling. He was selected to the All-NFL Rookie Team and started all 14 games for a squad that finished 8-6 - the only time he played on a winning team with the Giants. Indeed, the Giants won just 29 games in the next seven seasons.

When Martin joined the Giants as an 11th-round draft choice in 1975, Mendenhall was entering his fourth season. The two players were not just partners on the defensive line but also roommates.

"We were both defensive linemen and we were both African American," Martin said. "As the cut came down, I became a starter very early on. And John thought it would be in my best interest to room with him, so he would make sure I understood how the game was played, not so much from the X's and O's, but from the attitude and the mental preparation. I can't thank him enough for taking me under his wing. And though his bedside manner left a lot to be desired, for a rookie he put you on a fast pace and you had to learn quickly. I attribute my 14-year career in large part to John."

Mendenhall was one of several standouts on a defense that included Martin, a Giants Ring of Honor inductee, 1976 first-round draft choice Troy Archer and Pro Bowler Jack Gregory on the line. The linebackers of that era included Pro Football Hall of Famer Harry Carson, Brad Van Pelt - also in the Ring of Honor - and Brian Kelley.

"If you talk to people who know the era well, we always had an outstanding defense," Martin said. "Our overall lack of performance wasn't due to the defense. As a matter of fact, we'd shut teams out sometimes and tell the offense as they were going on the field, 'Hey, you guys go out and hold them,' because they were three-and-out most of the time. The Giants have traditionally always had a good defense. (Those players) are an indication as to how well that defense played and how it kept us in games."

Mendenhall played in 101 games with 99 starts for the Giants. His 1973 season was cut short by a knee injury that required surgery and two years later he missed five games with an ankle injury. An outstanding run defender who was a force as an interior pass rusher, Mendenhall also had one career interception; on Nov. 28, 1976, he picked off a pass thrown by Seattle's Jim Zorn as the Giants earned their second victory in brand new Giants Stadium.

"When I first came to the Giants, we were running a 3-4 defense and John was the nose tackle," Martin said. "He had that tough exterior and attitude and he played with great determination. He didn't mind telling you if you didn't play up to his standards - not the coach's standards, not the general manager's standards. He'd get in your face in a heartbeat. When we switched over to a 4-3 defense, he and I tag teamed that left side together. It was a lot of fun, because John knew how to play defense and he played it with tenacity."

Mendenhall left the Giants following the 1979 season and played a final year for the Detroit Lions, who finished 9-7.

At Grambling, Mendenhall earned four letters, was the team's defensive MVP, and was an AP Little All-America and All-NAIA selection.

John Rufus Mendenhall was born in Cullen, La. on Dec. 3, 1948. He is survived by his wife, Stephanie, and daughters Zandra and Kendra.

The family will host a memorial service at the Memorial Funeral Home in Cullen on Friday, March 5.