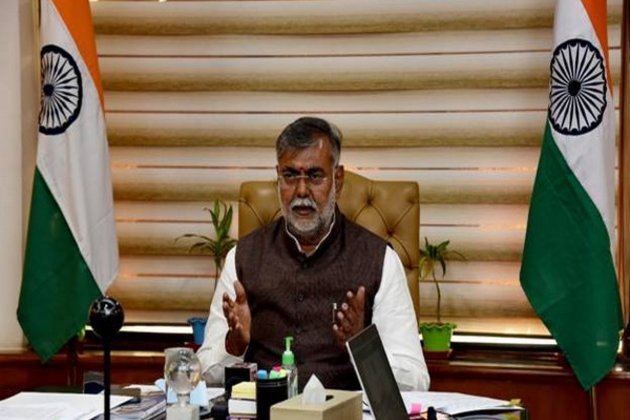 New Delhi [India], March 2 (ANI): Union Minister of State for Tourism and Culture Prahlad Singh Patel on Tuesday virtually laid the foundation stone for the project development of Maa Bamleshwari Devi Temple in Dongargarh of Chhattisgarh and said that the project will improve experience of pilgrims coming to the destinations.

"The project once executed successfully, will certainly improve experience of pilgrims coming to the destinations," said the Union Minister at the foundation stone laying ceremony of the project approved under PRASHAD Pilgrimage Rejuvenation and Spiritual Augmentation Drive (PRASAD) Scheme of the Ministry of Tourism.

The 'National Mission on Pilgrimage Rejuvenation and Spiritual, Heritage Augmentation Drive' (PRASHAD) is a Central Sector Scheme fully financed by the Centre and launched by the Ministry of Tourism in the year 2014-15 with the objective of integrated development of identified pilgrimage and heritage destinations.

Till now, 13 projects have been successfully completed under PRASHAD Scheme to promote spiritual tourism. The completed projects include two projects each at Somnath, Mathura, Tamil Nadu and Bihar and one project each at Varanasi, Guruvayur and Amaravati (Guntoor), Kamakhya and Amritsar. (ANI)