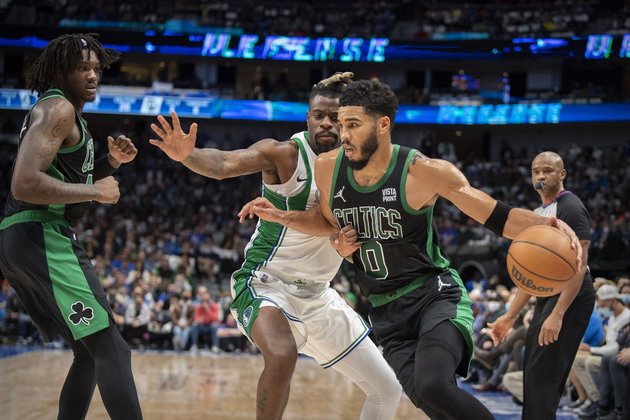 Finally back near full strength, the surging Boston Celtics will test their mettle against the Eastern Conference's top team when they play host to the Brooklyn Nets on Wednesday night.

Boston had both of its All-Stars on the court for just the fourth time this month as Jayson Tatum and Jaylen Brown combined for 49 points in the Celtics' 108-90 rout of the Houston Rockets on Monday.

Tatum's 30 points led all scorers versus Houston. Brown scored 19 in 23 minutes after missing the team's previous eight games with a right hamstring strain. Dennis Schroder continued his strong play with 18 points off the bench.

Al Horford contributed 11 points and 11 rebounds while Robert Williams III cleaned up with a game-high 15 rebounds. Williams was also back in the Celtics' lineup after missing back-to-back games due to left knee tendinopathy.

Boston won its third straight game and improved to 8-4 in November.

"This group has played extremely well while I've been out," said Brown, who was injured Nov. 4 at Miami. "I've seen a lot of steps forward from a lot of guys that has me excited about our potential."

The team is remaining cautious with Brown, who is listed as questionable against Brooklyn because of "return from injury management." Boston guard Josh Richardson is also questionable after being held out Monday with a non-COVID illness.

Brooklyn prevailed Monday despite a valiant effort from the young Cleveland Cavaliers in a 117-112 road win. The Nets were down 12 in the third quarter and trailed by three with 3:31 remaining before taking over late.

Kevin Durant led the way with 27 points and LaMarcus Aldridge provided a double-double off the bench with 21 points and 11 rebounds. Patty Mills added 17 points while James Harden totaled 14 points, 14 assists and three steals.

"When we've got guys that have experienced a lot out there, we can talk through a lot of different things," Durant told YES Network after the win. "Everybody on our team tonight in that second half did a good job of coming in and providing us energy."

The win was Brooklyn's third straight and sixth in seven games. It marked the 13th game this season in which Durant has led the team in scoring, with Harden leading the way in the five games he hasn't.

Nets sharpshooter Joe Harris was sidelined for a fourth straight game in Cleveland due to a left ankle sprain. Bruce Brown (left hamstring tightness) and Nic Claxton (non-COVID illness) were also out for Brooklyn.

Brooklyn continues to play without former Celtics All-Star guard Kyrie Irving, who remains away from the team due to his decision not to get vaccinated against COVID-19.

Wednesday's game will mark Brooklyn's first trip to Boston since Game 4 of their first-round playoff series last season. As Irving left the court, a fan threw a water bottle at Irving, who later decried the increase in fan misbehavior.

Brooklyn won the series in five games after sweeping its three-game series with Boston in last year's regular season.

LISBON, Portugal: Portugal is reintroducing some pandemic restrictions, just two months after ending enforcement of them after the goal of ...

PARIS, France: As new Covid cases are again on the rise, the government of France announced a plan to administer ...

After decades of work, Egypt to open 3,000-year-old Avenue of Sphinxes

CAIRO, Egypt: Egypt opened its 3,000-year-old Avenue of Sphinxes to the public this week, in a swanky ceremony, after over ... 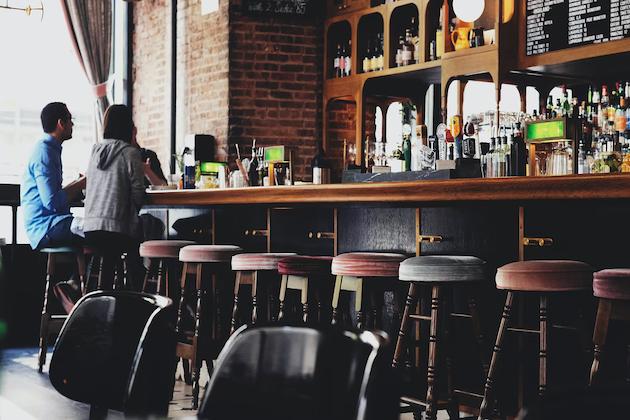 Ultra deluxe 'Take Away' in times of COVID-19 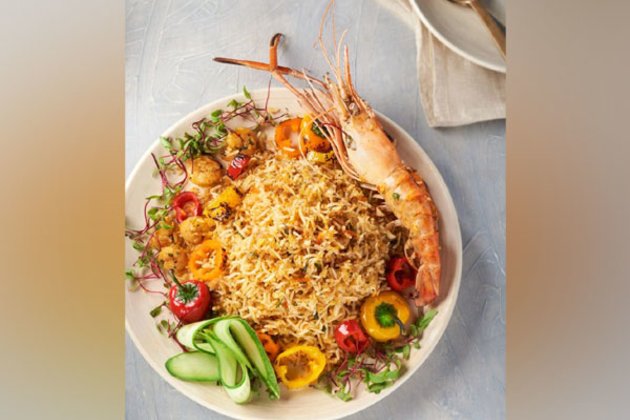 By Pushpesh PantNew Delhi [India], November 30 (ANI): Many things were different in times before COVID-19. Love and food for ...

US Congressmen, in Taiwan, pledge support in struggle against China

TAIPEI, Taiwan: U.S. lawmakers have made a surprise visit to Taiwan, in a bid to show support amidst Chinese threats ...

LISBON, Portugal: Portugal is reintroducing some pandemic restrictions, just two months after ending enforcement of them after the goal of ...

PARIS, France: As new Covid cases are again on the rise, the government of France announced a plan to administer ...

WASHINGTON, D.C.: After officials in Washington D.C. admitted they could not explain the phenomena of UFO sightings, the U.S. government ...

After decades of work, Egypt to open 3,000-year-old Avenue of Sphinxes

CAIRO, Egypt: Egypt opened its 3,000-year-old Avenue of Sphinxes to the public this week, in a swanky ceremony, after over ...