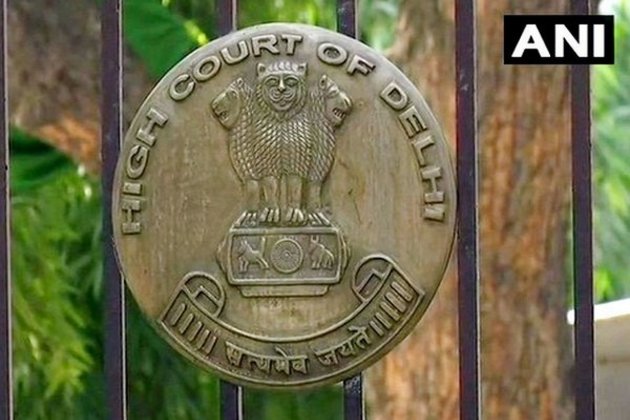 New Delhi [India], May 23 (ANI): The Delhi High Court on Monday issued a notice to Amarnath Shrine Board, Centre, and others on a petition seeking direction to make available (from this year itself) all the tickets for helicopter service from Jammu/Srinagar to Amarnath Shrine through online booking system only.

The plea further sought direction to adopt an online system for booking and sale of all tickets for helicopter services from Jammu and Srinagar (which is primarily for old, ailing and disabled pilgrims) for the Amarnath Yatra, which allegedly resulted in hoarding and black marketing of tickets leading to the misery for thousands of genuine and needy yatris being arbitrary, discriminatory, irrational, unwarranted and unjust and against the public interest.

The lawyer appearing for the Shrine Board apprised the court that all services are presently available on its website but due to some technical glitch, it will be functional in some days.

The Bench of Justice Vipin Sanghi and Justice Sachin Datta on Monday asked the Shrine Board to file an affidavit in this regard while issuing notice to respondents.

The petitioner, the Indian Council of Legal Aid and Advice stated that it is the priority of the Centre that the pilgrims coming for the Amarnath Yatra should have hassle-free Darshan and should not face any problems.

The plea filed through advocate Avadh Kaushik stated that surprisingly, the problem of not being able to obtain helicopter tickets for Amarnath Yatra, by the old and ailing and disabled pilgrims on account of the black marketing of tickets by the authorized agents in collusion with the local hoteliers which already stood highlighted /exposed by the local newspapers and about which a representation already stood made by a public representative on April 11, 2022.

However, due to the inherent loopholes and weakness of this faulty scheme and the big scope of misuse, it soon turned into a black marketing racket which was noticed and highlighted by the various online news sites and certain guilty travel agents indulging in malpractices against public interest were caught and charge-sheeted by the police, the plea said. (ANI)

PARIS, France: According to projections and interviews by the Associated Press in 11 countries, tourism officials have said they expect ...

LONDON, England: After EasyJet canceled thousands of flights this summer to limit the disruption caused to passengers from both air ...

SAN FRANCISCO, California: In response to a string of shootings that have broken out at U.S. properties it lists, rental ...

BEIJING, China: Chinese airlines announced last week that they would purchase some 300 Airbus jets. This is the largest order ...

PARIS, France: According to projections and interviews by the Associated Press in 11 countries, tourism officials have said they expect ...

TRENTO, Italy: Record warm temperatures caused a mountain glacier in the Italian Alps to collapse on July 3, killing at ...

WASHINGTON D.C.: The Department of Homeland Security (DHS) will assist Qatar with security during the 2022 World Cup, which begins ...

SOFIA, Bulgaria: Russian diplomats and their families departed Bulgaria over the weekend, amidst heightened tensions between the two eastern European ...

No end in sight as South Africa suffers thru power cuts

JOHANNESBURG, South Africa: More frequent power cuts in South Africa have affected households and businesses across the country, with state-owned ...